The next Annual General Meeting of CTT Systems AB is scheduled for May 4, 2023.

CTT is the leading supplier of active humidity control systems in aircraft. We solve the aircraft humidity paradox – with far too dry cabin air – and too much moisture in the fuselage – causing dehydration for people onboard and excess weight in the aircraft inducing larger environmental footprint. CTT offers humidifiers and dehumidifiers available for retrofit and line-fit on commercial aircraft as well as private jets. For more information about CTT and how active humidity control products make air traveling a little more sustainable and far more pleasurable, please visit: www.ctt.se 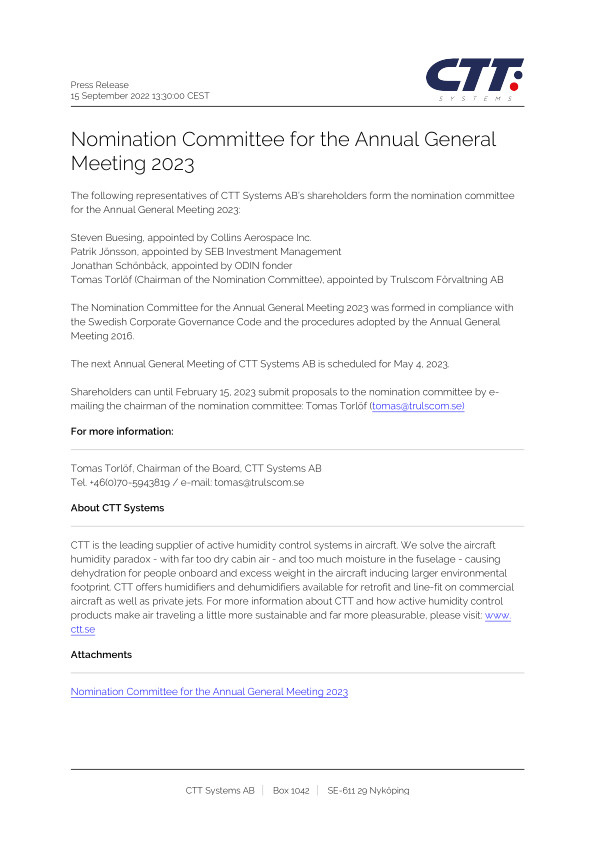